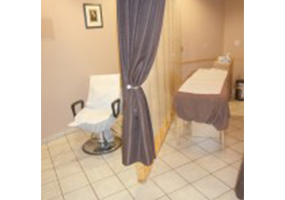 A View From The Wax Room

The first couple of questions people have about waxing are…Do people really get waxed “down there” and does it hurt?  My answer is yes they do and it depends on the person.  I think brazilian waxing or an extreme bikini have gotten really popular with the women.  It’s a service a lot of clients get done in the salon or spa.
As far as the pain goes, it’s different for everyone.  I think that the anticipation is worse for people than the actual service.  Most people say “It wasn’t that bad.”  Some areas that you’d think would really hurt don’t hurt at all, like the nose.  I don’t know why but the nose just doesn’t hurt.
So waxing isn’t just for eyebrows anymore!
Tiffany Bluvas-Omaha Campus