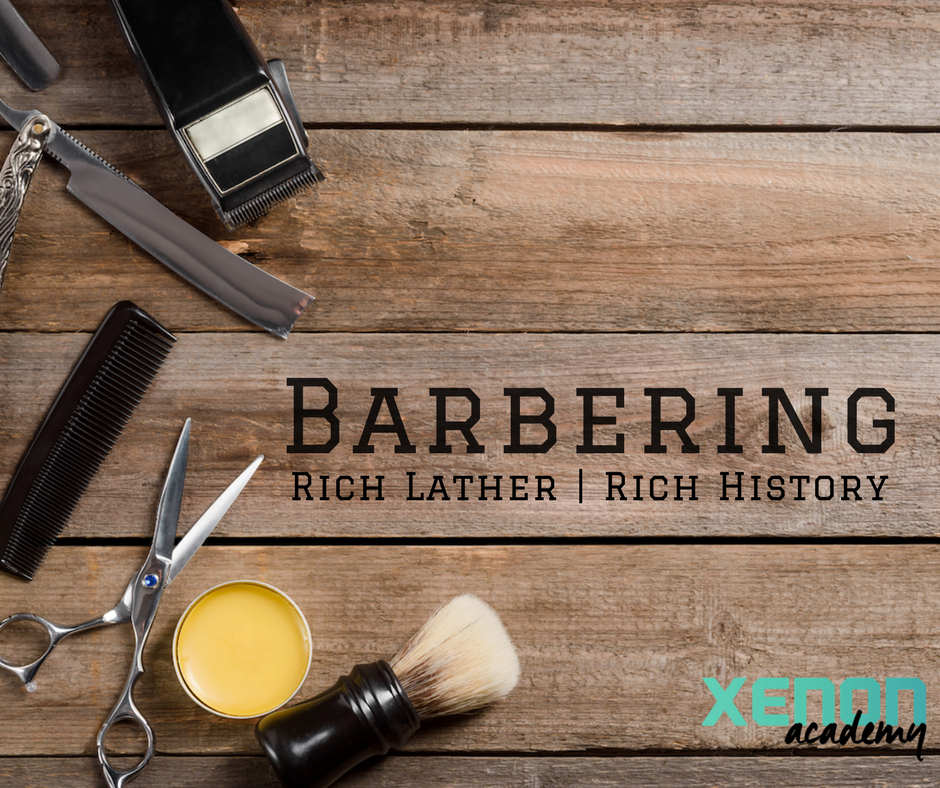 The History of Barbering. A Short Journey.

Shave and a haircut, 2 bits!

You have heard the saying before, and while it’s no secret that it’s speaking of a barber, do you know where it originates from, or even why a shave and a haircut cost only two bits, or roughly 25 cents?

The history of barbering is an interesting one, and while you may know some of the facts, chances are there is a lot more that you may have never heard of before.

Join us for a brief walk through history, see where barbering began, and how it became one of the pioneered programs at Xenon Academy.

It Starts in The Bronze Age

Found in the ruins of an Egyptian civilization, what is thought to be a straight razor was dated to nearly 3500 BC. While back then, the idea of a barber wasn’t anything close to what it would be thousands of years later, or even what it is today, this discovery showed that the idea of grooming and health had always been part of culture.

Derived from the Latin word for beard, barbers were a staple of the wealthy aristocrats in both ancient Greek and Roman societies. However, at this time, much of their focus was on the “beautification” of the male body with cleansers and other pampering techniques.

This was a skill that carried with the profession through the 1700s when much of a barber’s job was in the shaving and perfuming of men’s faces, as well as the styling and arranging of women’s hair and the wigs worn by both men and women. It was after this time frame that a barber’s job began to encompass more than hair.

Barbering may seem pretty straight-forward. A shave, a haircut, some product and you are done. But starting in the late 1700s to early 1800s barbers began to take on other responsibilities: that of community doctor.

With the field of medicine still in its infancy, many barbers began offering services such as bloodletting, cupping, and even surgeries and teeth extraction. Known as “barber-surgeons” these skilled men are actually where the iconic striped barber pole comes from.

The red, white, and blue stripes represent the white bandages, blue veins, and red blood that would be used by barber-surgeons through the Civil War, when things in the world of barbering began to change.

In the mid-1800s the beard began to come back in style, but while the barbers of today may specialize in perfectly trimming a beard, it wasn’t a skill that was common in those times. As barbers began to conform to the new style trends, the field of medicine expanded and “barber-surgeons” were replaced by physicians with training and pedigrees.

As the Civil War ended and an influx of immigrants began to enter the U.S., barbers were suddenly more sought after, turning this once unregulated area into an in-demand field with a demand for skill.

In 1893, the first barber school was opened in Chicago by A.B. Moler, complete with textbooks and curriculum. It was perfect timing, as around that time states began passing laws requiring barbers to gain licenses and pass exams to ensure health and quality standards were met.

From Dapper to Modern 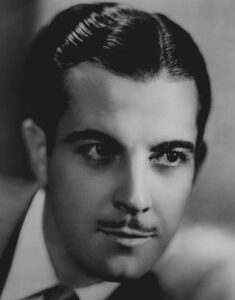 Commonly known as a “Dapper”, these well-groomed men of the early 1900s were known for crisp cuts, pomade, and perfectly groomed mustaches. As the world broke into war, however, the well-groomed man was moved to front lines, and many of the barbers went alongside. This shift made room for the first cosmetologists of the day, with women’s hair and styling becoming an important part of American culture.

We aren’t here to talk about cosmetology, however, we are speaking of barbering, something that came back in full swing in the 1950’s, but by the end of the 60s, men’s style was changing. This time sporting longer cuts and more intricate looks that many barbers from decades before were unable to master, it was in this time that barbering began to fade, but it never truly left.

Barbering has changed just a bit over the centuries, but one thing has remained the same: cutting and trimming hair and beards to help men and women look their best.

It’s a fact that is still true today.

At Xenon Academy we are proud to have been on the forefront of the return of barbering in our generation and to have helped make it what it is today. As one of the pioneering schools to work with American Crew as they created a barbering education program in the early 2000s, we have continued this tradition as we move into a relationship with Pivot Point that will help us build the next generation of barbering professionals. Our curriculum combined with using Redken Brews and Reuzel can help you be prepared for a rewarding barbering career.

A you interested in creating your own career in this time-honored tradition?

Contact us today to see how we can help you grow the skills you need to build a new future and carry the banner of barbering on to a new generations.